My adventures in Kenia As part of a trainee lecture series, we were asked to give a lecture on the countries that coffee is sourced from. With this in mind, we divided ourselves into groups of two or three and prepared presentations. Through our own research with the companies in the source countries and the relevant contacts in Hamburg, we collected information and presented it. In addition to our colleagues, the presentations were evaluated by an in-house jury. The lecture that was most appealing in terms of its content and presentation style was rewarded with a trip to a source country.

This is why I, Moritz, had the opportunity to visit NKG East Africa for two weeks in 2018. On November 18th, I finally flew from Frankfurt via Zurich to Nairobi. Upon arriving, I was picked up at the airport and brought to my accommodation. The next morning, a former fellow trainee from Hamburg and I drove to NKG East Africa. On the first day, I got an overview of the surroundings and was able to visit the entire premises. NKG in Kenya is divided into Ibero (the trading company), Tropical Farm Management and NKG Mills. In the evening, the KCTA dinner was held in an old English colonial club. It served as a chance for all the all Kenyan coffee merchants to meet, and I was invited to join as a guest. The next day we went to a coffee auction in an old building in Nairobi, where coffee is sold and then mostly exported to Europe or Japan, for example.

Over the next two days, we went with a Scandinavian customer to the coffee regions in Nyeri and Kirinyaga, where we visited washing stations. It was there that for the first time, I got a very clear picture of the processes that are necessary to bring the coffee from the tree to the mill in the source countries. Seeing both the advanced technology that is already being used on site and the noticeable difference the washing standards have on coffee quality was really interesting.

On Friday, I was able to witness how containers were loaded. It was super exciting to see the precision and task allocation required to load and seal an entire container in the shortest time possible so that it can be taken to Mombasa – and from there, shipped to customers all over the world. On the free weekend, I had the opportunity to spend two days in the Ol Pejeta Conservancy and get an insight into the nature and wildlife of East Africa. We drove the whole day on gravel roads through the park and were lucky to see almost all the animals we possibly could: gazelles, buffalos, elephants, giraffes, rhinos, and more.

Over the course of the second week, I mainly learned about Kenya’s and Tanzania’s coffee qualities. From specialty coffees from the best cooperatives in the country to commercial varieties, we had to try and evaluate every coffee so that we’d be prepared for the upcoming auctions. For this week I was not only allowed to go to the auction in Nairobi, but also to the Tanzanian auction in Moshi. This means we flew out early in the morning over Mount Kilimanjaro to the Kilimanjaro Int. Airport and then back again that evening. While in Tanzania, I also had the opportunity to visit a local logistics branch and a warehouse belonging to NKG.

I sincerely thank the management of NKG for the unique opportunity to travel to a country where coffee is sourced from. Over the two weeks I got to spend in East Africa, I was able to learn an incredible amount. Not only because it was my first trip to the African continent, but also because I was able to gain an insight into the true origins of coffee production. I also got to better know the different perspectives of the companies involved in the coffee trade by visiting customers not just from trading companies, but also from roasters. 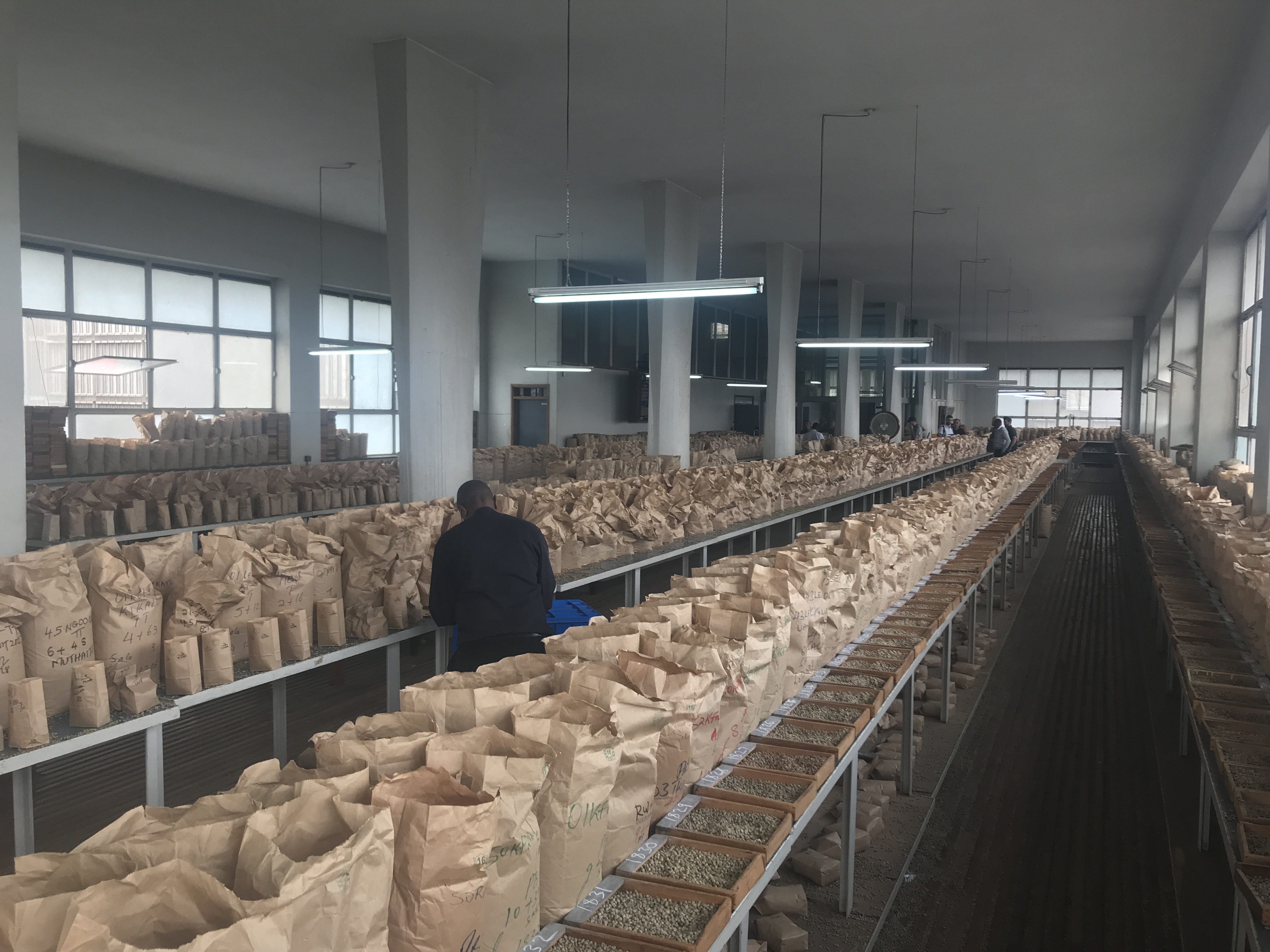 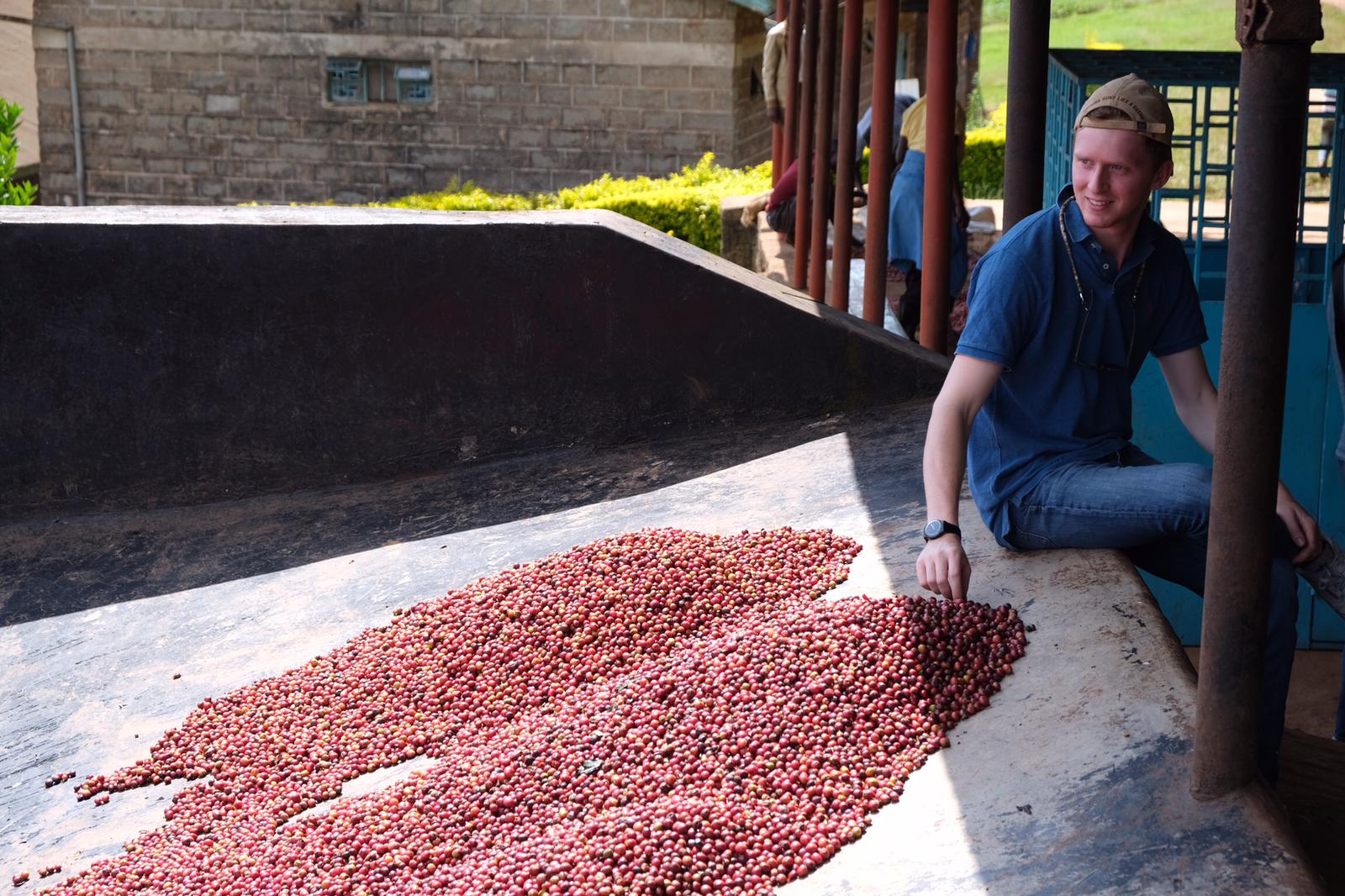 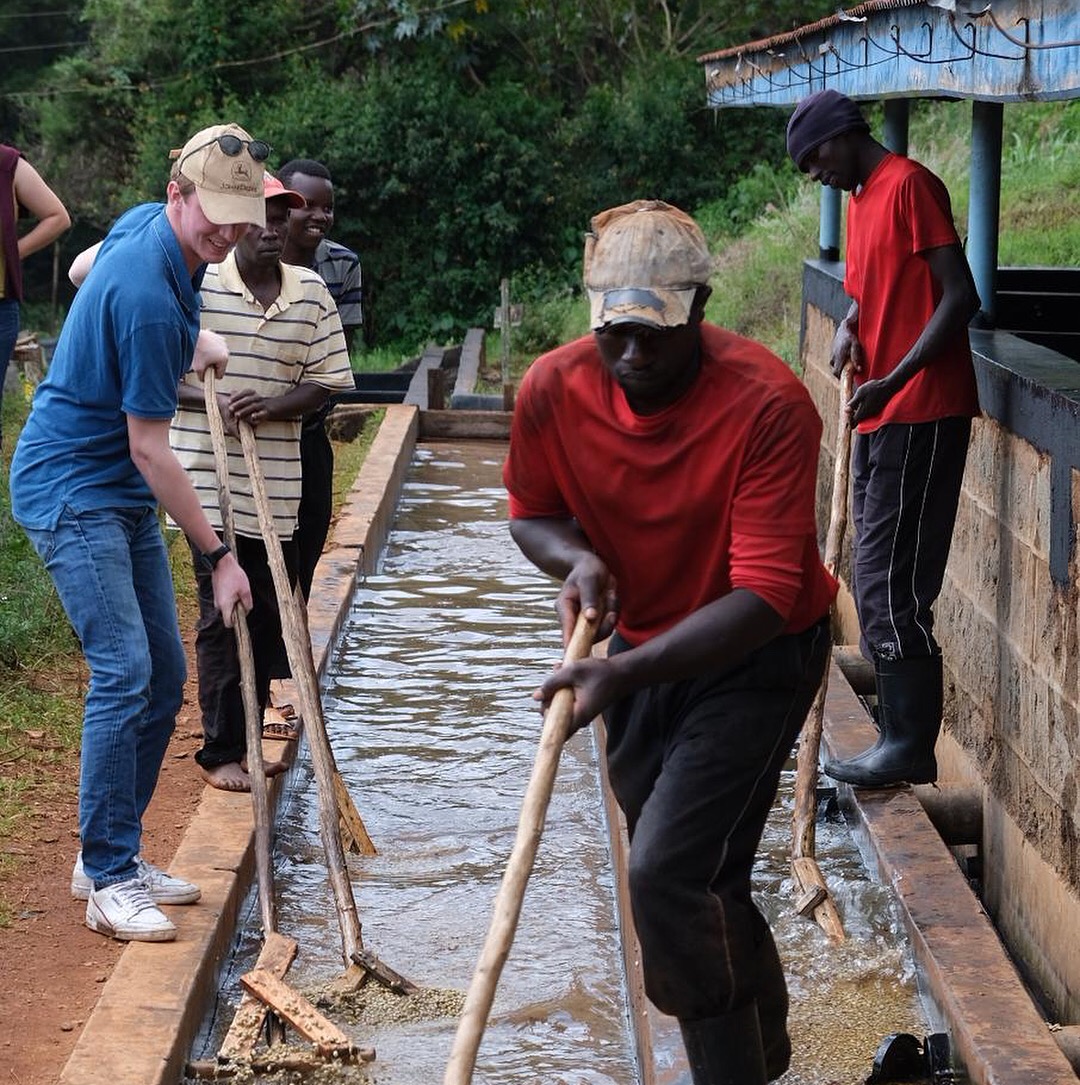 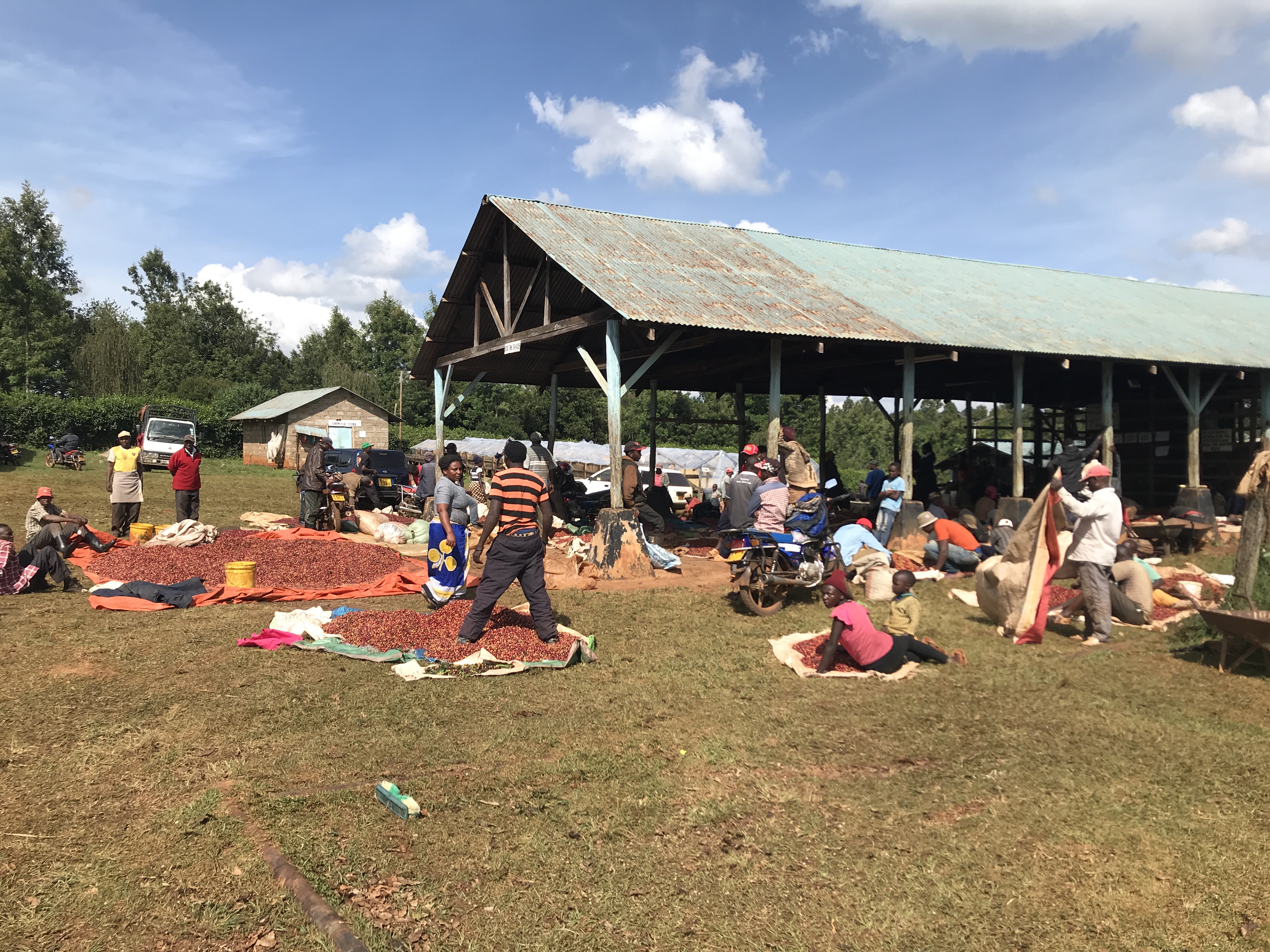 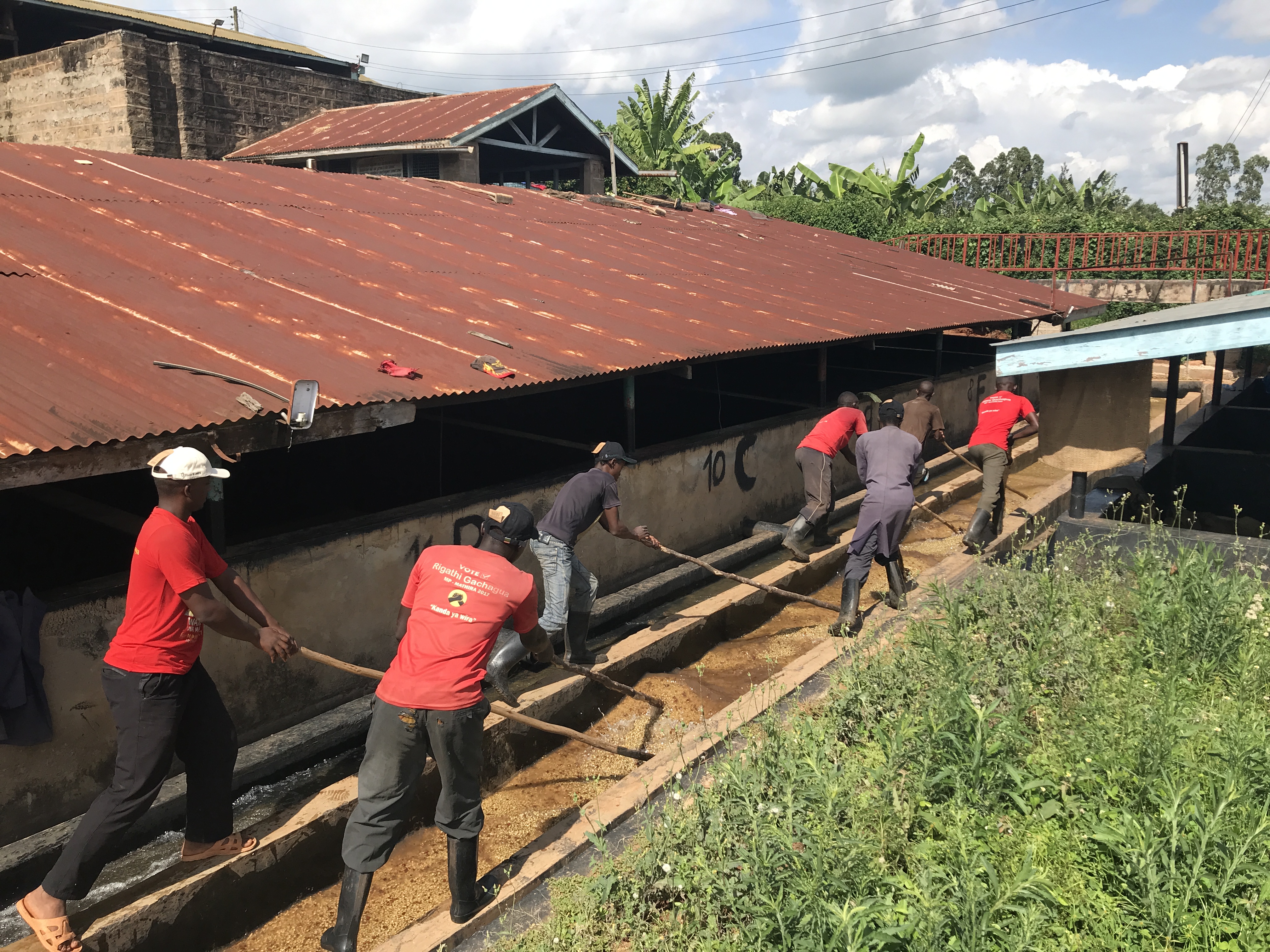 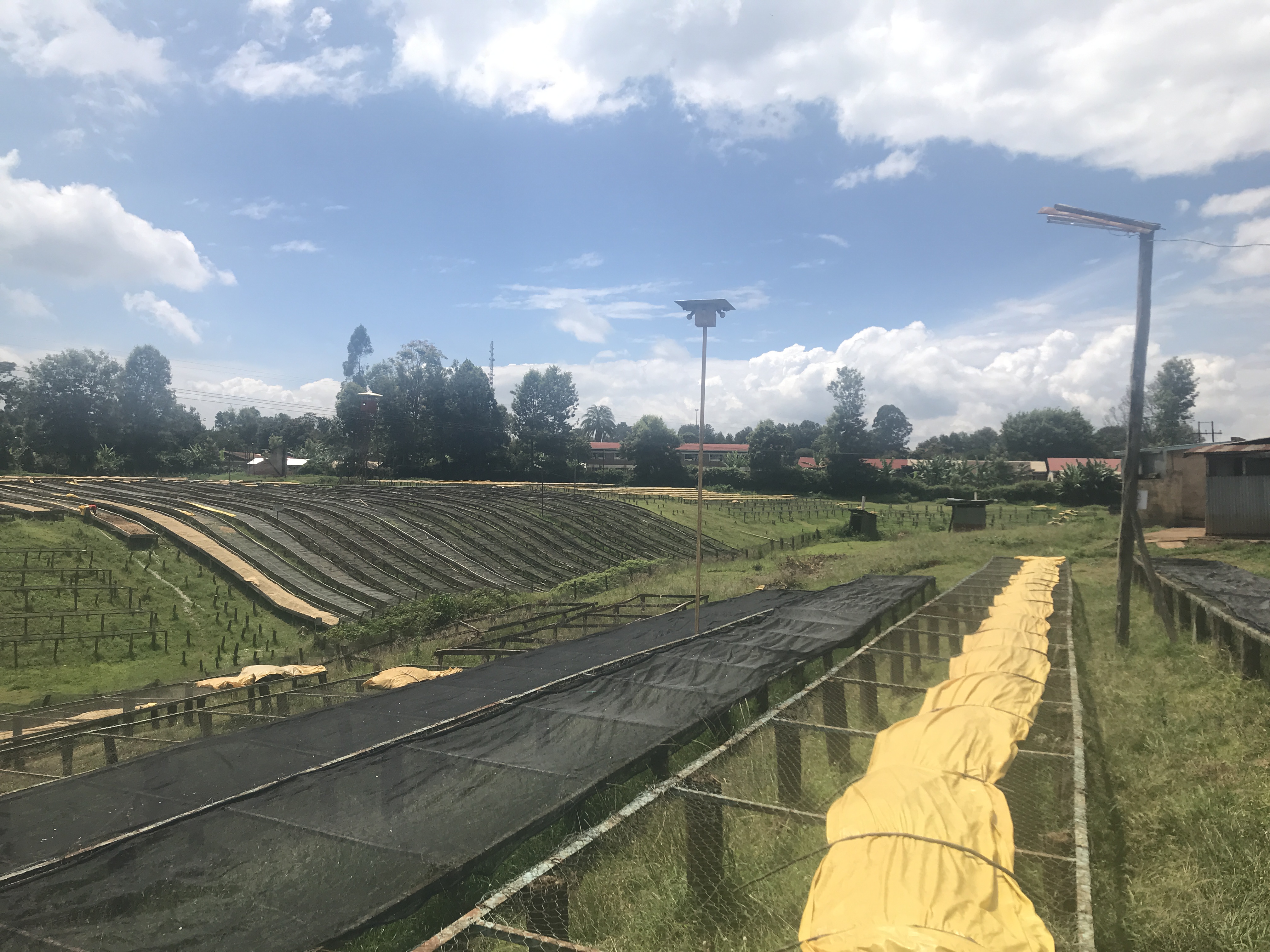